For this holiday song, I found a Latin translation of the song, "Auld Lang Syne." You can find the traditional lyrics at the Hymns and Carols of Christmas website, along with the version containing additional stanzas added by the Scottish poet Robert Burns in 1788. There's also a very handy explanation in modern English of what the Scottish words mean! In addition, you can consult the Wikipedia article about this song, which includes the Old Long Syne version by James Watson from 1711, in English, presumably unknown to Burns.

You will notice that the chorus here combines elements of the traditional chorus with motifs from the final verse which otherwise has been omitted. 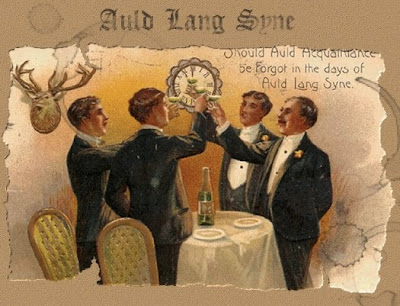